As part of our Technology Automotive Offense, or affectionately known as TAO, Haig Barrett’s new speaker series about the changing technology and automotive landscape — we bring you the latest industry trends… 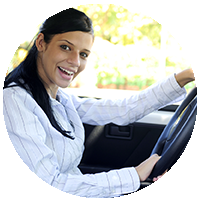 Cars that learn about you:

Cars are becoming smarter through the use of on-board computers – spotting trends in your behavior.

Mercedes Benz is developing vehicles that understand the drivers’ preferences in schedule, taste and mood. This means it knows what time you drive every week and what stations you listen too.

Ford is working on optimizing fuel efficiency in their hybrid vehicles based on the routes you typically take (e.g. know when you are almost home). No GPS needed, the vehicle remembers the routes you take at certain times of the day.

WHY THEY’RE USEFUL:
Cars can be personalized to the drivers’ preferences, schedule, taste, and mood.

WHO’S WORKING ON THEM:
Ford, Mercedes and other automakers, insurance companies 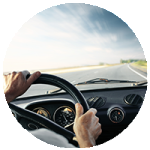 Soon, cars will be able to “talk” to each other through the power of the Internet. They’ll be able to share important information to help you avoid accidents, trade messages about traffic, weather, and road conditions.

Already, vehicle-to-vehicle communications, or V2V has been rolled out to a few thousand-prototype vehicles and has received the support of Federal Transportation Officials as the technology is estimated to prevent 76% of road crashes in the US.

And the National Highway Traffic Safety Administration is moving forward with plans to require V2V technology on all vehicles and trucks in the next few years.

WHO’S WORKING ON THEM:
All the major automakers, the U.S. government 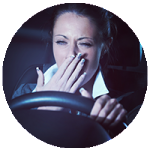 By monitoring the health of the driver through sensors monitoring the vitals (heart rate, eye movements, brain activity, sleepiness, heart attack, etc), the vehicle can prevent a driver from causing an accident due to health problems.

This extends to glucose readers to alert diabetic drivers when the have low blood-sugar level, external sensors to monitor pollen count for drivers with asthma, and a way to monitor alcohol level through the drivers’ sweat.

There are also sensors being developed to alert sleepy drivers and distracted drivers if they are coming to close to vehicles through alarms and automatically reducing the speed of the vehicle.

WHY THEY’RE USEFUL:
Safety of the driver during a health crisis and other drivers on the road. 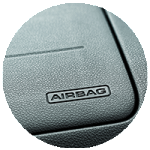 In the past. airbags were only used inside the vehicle. With new technology, airbags will be deployed outside the vehicle to reduce the impact on the vehicle interior and protect any pedestrians before the moment of impact.

This technology will reduce the inward crumpling of a vehicle’s frame and doors by up to 35% according to Emiliano Core, who is developing the airbag system along with Lothar Zink and other TRW engineers.

WHY THEY’RE USEFUL:
This can protect pedestrians and also the vehicle from damages in a collision.

WHO’S WORKING ON THEM:
Volvo and other automakers, plus automotive suppliers such as TRW 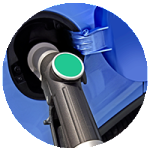 Hydrogen fuel cells have arrived. These cars are capable of driving long distances, can be recharged in a few minutes, and are environmentally friendly with only water as a byproduct.

The current challenge is there are not enough hydrogen filling stations – only 25 stations as of 2014.

WHY THEY’RE USEFUL:
Better for the environment as the cars only emit water.

WHO’S WORKING ON THEM:
Honda, Hyundai, Toyota, Mercedes and GM, for now 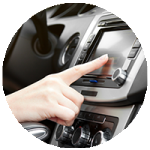 With all the smartphone technology, the current dashboard systems are out of date, but this won’t be the case much longer!

Auto manufacturers are upgrading the dashboard touch screens to integrate with apps such as in-car app stores to get music streaming apps as well as people’s smartphones so when people exit their vehicle, their apps will transition seamlessly.

WHO’S WORKING ON THEM:
Every car manufacturer; companies that make mobile operating systems, including Apple and Google 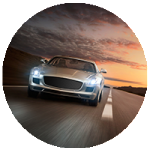 No longer will people have to adjust the brightness of their headlights. New technology is creating “smart” headlights that automatically adjust their brightness and direction based on road conditions.

And drivers won’t see any glare from other cars passing by when onboard computers control cameras to mask the glare of on-coming traffic.

WHO’S WORKING ON THEM:
Audi, BMW and other automakers 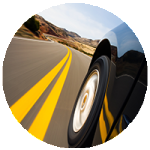 Cars that drive themselves are still a few years away as companies are testing and working with federal regulators on safety. But these cars can provide a lot of benefits including easing traffic with uniform driving speeds, reducing accidents, and saving energy through fuel-efficient driving.

The technology will use a variety of sensors, cameras, and radar system to help the car dictate where to go. The technology in the care is important as the car needs to constantly gather information on the surroundings and calculate risks while making split second decisions on what to avoid as well.

Besides the hurdle of regulators, these cars have to gain the trust of drivers who are used to being in control.

WHY THEY’RE USEFUL:
Driving can be safer and more efficient by reducing human error.

WHO’S WORKING ON THEM:
All the major automakers, Google, Stanford University

In tight spaces, self-parking cars can help out without the use of a valet or a driver.

Ford, Volvo, Audi have developed systems that searches for an empty parking space and park the car. The added benefit is not needing to squeeze in and out of the car in a tight spot.

Honda is developing a driverless valet-parking system using wireless communication. Drivers will drop of their car at the station and the cars then steers itself into an empty spot. When the driver is ready to leave, the driver uses a smartphone to retrieve the vehicle.

WHY THEY’RE USEFUL:
Parking in tight spaces will be easier and drivers will no longer have to wait to have a valet get their car.

WHO’S WORKING ON THEM:
All the major automakers 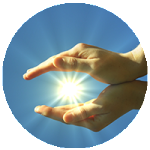 Ford and researchers from Georgia Tech have come together to build a concept hybrid vehicle that uses solar technology. It’s environmentally friendly and doesn’t need a charging station. The C-Max Solar Energi Concept vehicle uses a special concentrator to magnify the sun’s rays. It also tracks the sun’s brightest days so it moves into position to get the most energy.

WHO’S WORKING ON THEM:
Ford and a team of Georgia Tech researchers

BACK TO TAO – TECHNOLOGY AUTOMOTIVE OFFENSE