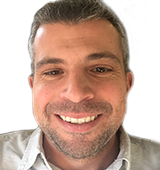 Nick Ammazzalorso began his career as a broadcast journalist in Rock Hill, South Carolina and Buffalo, New York, before transitioning to public relations in 2001. Since the career move, Nick has led teams in several verticals, including automotive, consumer and sports in both New York and Los Angeles. His unique blend of agency and in-house experience with some of the top marketers in the world sets him apart from the pack.